Where and when did safety footwear begin? Why was it invented? And what should I be looking for today?

The Origins of Safety Footwear

Interestingly enough, safety footwear can track its origins back to the beginning of the 18th century, when industrial safety workwear first became an issue. Previously it was cheaper to replace an injured worker than to introduce safety measures. The first ‘protective boots’ were wooden, called sabots. It was a simple shoe, shaped and hollowed out from a block of wood, traditionally worn by peasants in Europe. Similar to clogs. These protected workers from falling objects, protected farmers on the field from sharp objects and protected toes in case cattle stepped on them. During the industrial revolution, workers used sabots to destroy machinery by throwing them into the gears of factories to stop production. This is how the word sabotage originated.

When Were Safety Boots Invented?

Safety boots were officially “invented” with a steel tip at the front, at the end of World War II in Germany. At the start of the war, leather protective boots were used by civilians (as leather offered abrasion resistance, a level of heat resistance and shelter from the elements) and military personnel wore those same boots which were called Marschstiefels (Marching Boots). By the end of War World II, a steel tip was introduced at the front of these boots. Particularly for the engineers working on machinery and vehicles used during battle. And the first steel toe cap boots began moving into the industrial workplace, at a time when people started addressing industrial safety issues. Laws were officially implemented and liability costs forced large companies to start focusing on having equipment that was safer to use than before. In the 1930s, Red Wing Shoes Company started commercially dealing in large volumes of steel toe boots. And mass production began in 1970, when the US Congress adopted the Occupational Safety & Health Act for workplace safety – and these standards were enforced by law. These standards included those that required the use of protective footwear in areas that posed the threat of foot injuries. Today it is a mandatory requirement in many industries like construction and mining.

Safety footwear are commonly boots and shoes made with a protective reinforcement at the front making them more durable in harsher work industries. The reinforcement helps to protect the toes from falling objects or over-toe compression. The reinforcement is normally made of steel, hence they are colloquially known as steel toe cap boots. Foot protection will guard your toes, ankles and feet from injury. Each foot contains 26 bones for support and 33 joints for movement. Feet also have more than a hundred; muscles, tendons and ligaments surrounded by blood vessels and nerves. This explains very simply why it hurts when you stub your toe or drop something on your foot. Your feet are a critical part of your body which is used every day and enables you to do your job more effectively.

Protective footwear worn in different workplaces are designed to protect the foot from physical hazards such as falling objects, stepping on sharp objects, heat and cold, wet and slippery surfaces, or exposure to corrosive chemicals. Whilst the toe cap protects from falling objects and compression dangers, some designs are installed with a steel plate in the middle of the sole to prevent against punctures or penetration that may come from glass, nails or metal shards from below. These are called puncture resistant midsoles and often come in steel or very strong materials like Kevlar fabric. The varying leather upper designs protect from the elements (heat and cold) and work environment dangers like chemicals. The bottom of the shoe which comes into contact with the surface upon which one walks, is called the outer sole or simply the sole; and this construction and design compound safeguards against wet and slippery surfaces, as well as oils/acids/diesel/petrol and other chemicals.

Foot Injuries In The Workplace

Work related foot injuries can be broken down into two main categories. The first category includes foot injuries from punctures, crushing, sprains, and severe cuts. They account for 10 to 15 % of all reported disabling injuries. The second group of injuries includes those resulting from slips, trips, and falls. They account for up to 20% percent of all reported disabling injuries. Slips and falls do not always result in a foot injury, but lack of attention to foot safety plays an important role in their occurrence.

What To Look For When Buying Safety Boots & Shoes

When purchasing safety footwear there are numerous things to take into account and think about prior to purchase. Most importantly; when sizing – the footwear should always offer a snug fit, with the heel being gripped firmly. This prevents the foot from slipping inside when walking. And the forepart should allow free movement of the toes. The sole design should have numerous low and wide contact points with the surface upon which they walk, providing solid grip. Whilst leather uppers may stretch and even be broken in over time, steel toe caps will not stretch. Always have both feet measured when buying shoes – feet normally differ in size between the left and right. Even by a small margin. But you should always by a size which will fit the bigger foot. It is always recommended to buy shoes late in the afternoon, when feet are likely to be at their largest; swollen to their maximum size after a full day’s work. Gravity and blood flow contribute up to a 7% difference in foot size between waking up in the morning (and standing on your feet for the first time) – until after being on your feet after a full work day. Soft, comfortable and padded shock absorbing insoles should always be looked at inside the boot or shoe as a definitive requirement if your job requires a lot of walking or standing on hard floors for extended hours.

Using the proper safety footwear, suited to the specific work environment is critically important, not only for foot comfort but also for one’s general well-being in the workplace. Improperly sourced footwear can cause or aggravate existing foot problems. And unfortunately, being fashionable sometimes takes precedence over choosing well-fitting, supportive and industry specific, protective safety footwear. Fashion should never be the first factor in choice.

When viewing a range of products, always ensure the shoe or boot of choice addresses the work environment and covers all risks in that environment, relating to protection from falling objects and static objects, puncture and penetration protection, cutting hazards, electrical and static hazard, slips, trips and falls, foot fatigue prevention, heat or chemical burn prevention, weather (elements) and water protection. No leather footwear is 100% waterproof or insulated to provide protection against the cold, rain and snow. Be sure to select specialised options that are made from appropriate materials. A simple error is made numerous times a day where a leather safety boot is purchased for a very wet or water based work environment; where a PVC gumboot would address the work condition far more effectively and at a more cost effective price. 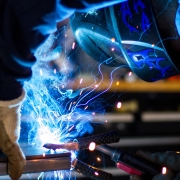 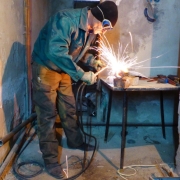 Why The Need for Different Styles of Safety Footwear

Why The Need for Different Styles of Safety Footwear